Invicta Fighting Championships announced today that the winner of the promotion’s inaugural Phoenix Rising Series tournament, which takes place on Friday, May 3, will also be crowned Invicta FC strawweight champion. Invicta’s most recent strawweight champion, Virna Jandiroba, vacated her title prior to signing with the UFC. Now, the strawweight division’s top contenders will battle […] 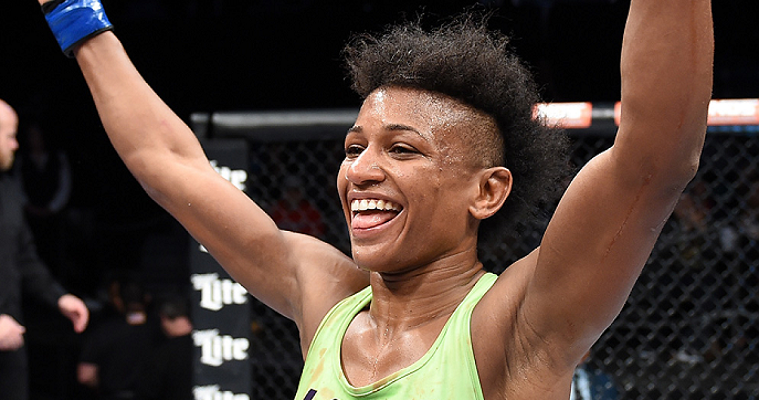 In only her third fight with the organization, Angela Hill will get her shot at the current Invicta FC strawweight champion at Invicta FC 17. Added to the card today, Angela Hill (4-2) will meet current champion, undefeated Livia Renta Souza (9-0), on May 7 at The Hangar at OC Fair & Event Center in […]