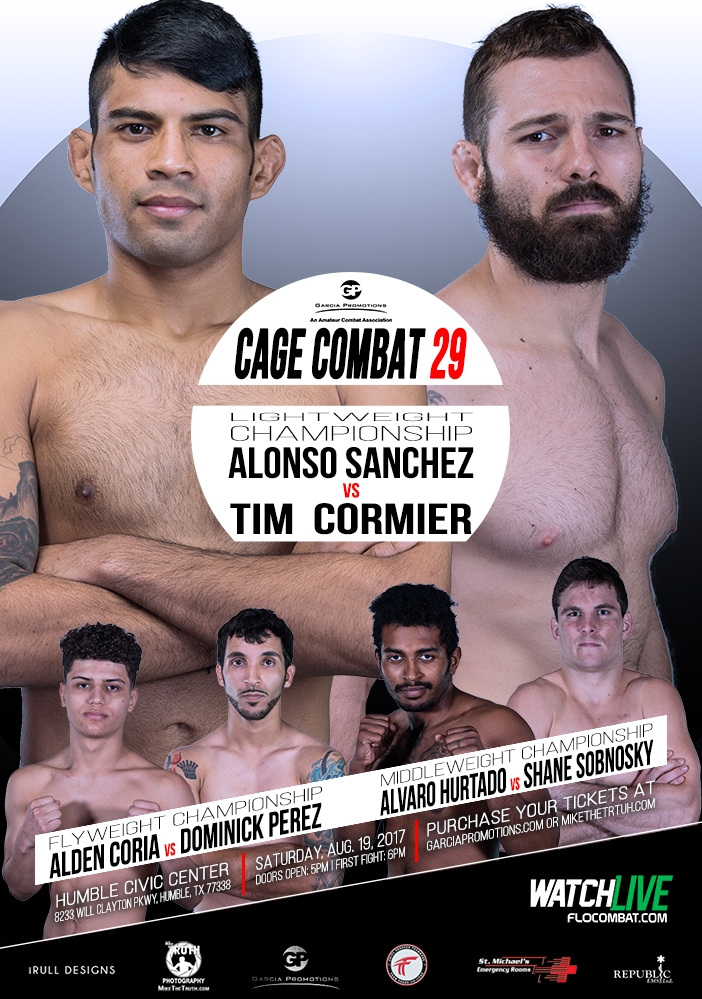 Garcia Promotions returns to the Humble Civic Center on August 19 for Cage Combat 29. The card will feature three title fights, including the lightweight, flyweight, and middleweight titles. In the main event, the Garcia Promotions featherweight champion, Alonso Sanchez,  looks to become the champ-champ as he takes on Tim Cormier for the vacant Garcia […] 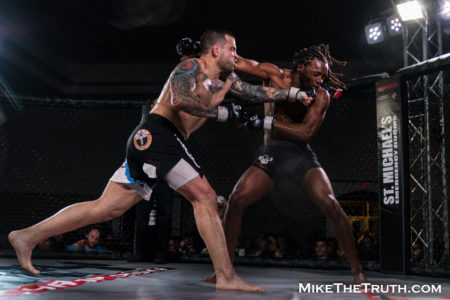 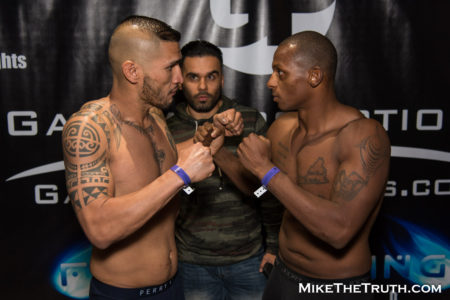 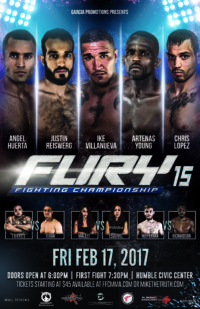 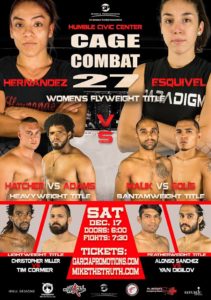 Garcia Promotions is closing out 2016 in a major way. With five title fights scheduled, this is one of the biggest cards to date. Headlining the card will be Karla Hernandez and Itzel Esquivel for the women’s strawweight title. Next, James Hatcher and Juan Adams will face off for the heavyweight title, Alonso Sanchez vs […]