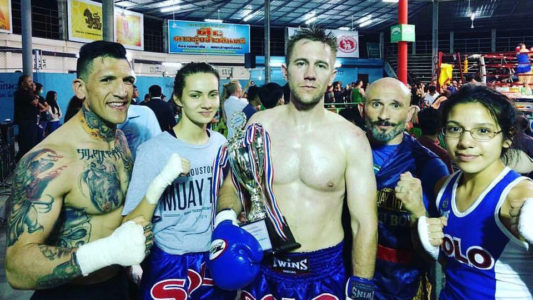 Four members of Houston Muay Thai traveled to Chiang Mai, Thailand to take part in One Night In Chiang Mai: USA vs Thailand. The team went 3-1, including 2 knockouts. Bekah Irwin won a decision, Valerie Sanchez lost a decision, and Jacob Rodriguez and Michael Corley both won via 2nd round KO’s. Here are videos of Jacob […]

Today’s technique is an effective sweep off a caught kick. View this post on Instagram Out of the hospital, and back to work.still not fully recovered, but wanted to give you guys a sweep today.Thanks for the love and support.#techniquetuesday #muaythai #sweep #technique #mma #ufc #onnit #getonnit #kickboxing #mixedmartialarts #bjj #wrestling #martialarts #striking A post […]

Today’s technique focuses on attacking the inside leg for a sweep, or a knee if the sweep fails. View this post on Instagram This technique of the week powered by #onnit #getonnit#techniquetuesday #technique #techniqueoftheweek #techniqueoftheday #muaythai #mma #ufc #sweep #knee #mixedmartialarts #striking A post shared by Bob Perez (@krubobperez) on Oct 4, 2016 at 3:26pm […] 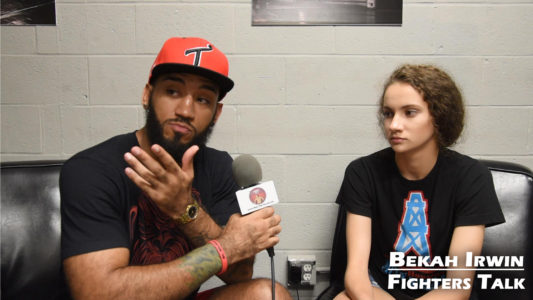 I talk with Bekah Irwin about her winning gold at the IFMA World Championship in Thailand, as well as how her muay thai journey began, and future aspirations.

Here are two ways to set up the reverse elbow. One way is off of the jab to the body, the other is from the clench. View this post on Instagram Jab to the body to set up reverse elbow.*the jab is used as a set up.if opponent has a high,wide guard,you can hopefully fold […]