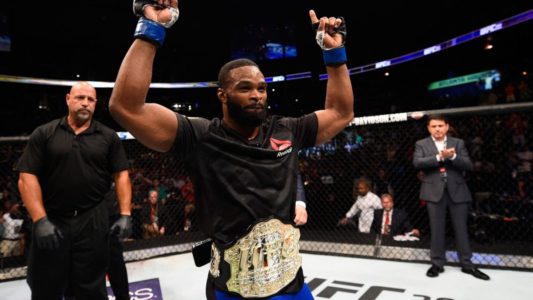 The Ultimate Fighter 21 Finale main event was shaping up to be a great fight. Jake Ellenberger hurt Stephen Thompson with a big shot, but Ellenberger was able to recover. Thompson didn’t want anymore of that, so he threw a spinning hook kick that skimmed over Ellenberger’s head, and that was all she wrote. Go […]

UFC 173 in going down this Saturday in Las Vegas. Headlining the event will be Renan Barao defending his Bantamweight championship against TJ Dillashaw, with a co-main event featuring the Olympian Daniel Cormier taking on the living legend Dan Henderson. Now, if you paid any attention to the last edition of Pinche’s Picks you noticed […]