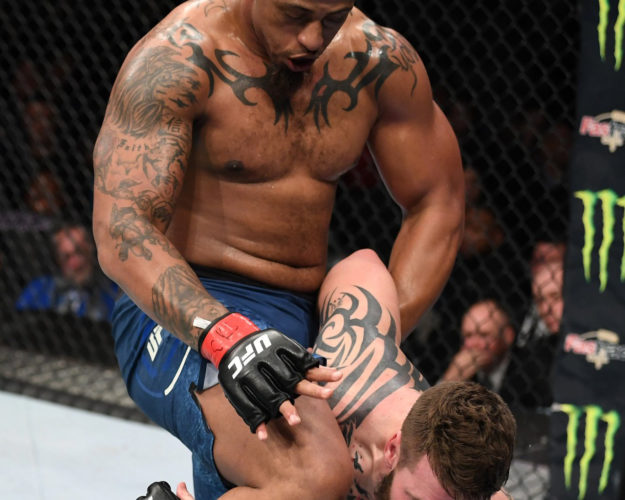 The irony, am I right? Former NFL pro-bowler, and accused domestic abuser, Greg Hardy (3-1), co-headlined the UFC Brooklyn card against Allen Corwder. And with all of the talk leading up tot the fight, it was only fitting that Hardy would get disqualified. The inexperience of Hardy showed early in the fight when Crowder was […]

One of MMA’s biggest mysteries, why do people do stupid things following a win; that could be just my thinking. At Battlefield FL 57, Austin Batra knocked out Perry Hayer with a huge left hook. As the ref dove in to stop the fight, Batra leaped into the air and landed the double hammer fist […]