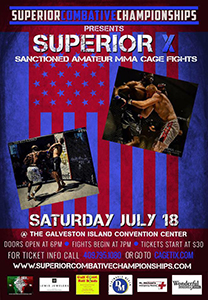 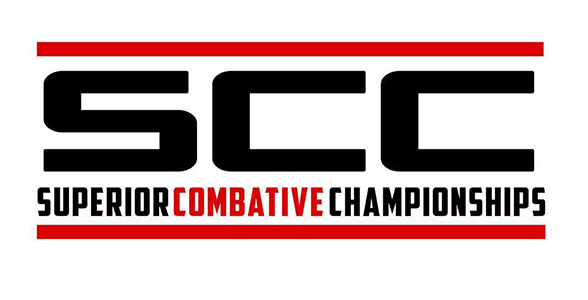 Superior Combative Championship returns to the Galveston Convention Center for SCC 9. Looking to close out the year with an exciting card, SCC will have two belts on the line that night. David Kelly will take on Frank Rodriguez for the 155 Title, and David Waters will face Christian Lira for the 125 Title. As […]

Savarese Promotions and Muay Thai Kingdom co-promoted the Bayou Throwdown this past Saturday night. The card was a hybrid MMA/Muay Thai event. I was in attendance to provide coverage of the event, but was not allowed. When I asked what the reason was, being that I have covered Houston MMA and Muay Thai for several years, […]

Superior Combative Championship returned to Galveston for SCC 6. There were 13 fights, with 3 titles on the line. The main event had Jeremy Hardy defending his heavyweight title against Xtreme Couture’s Jason Preston. Preston was a good test for the champ, but once Hardy found his range, there was nothing Preston could do to […]