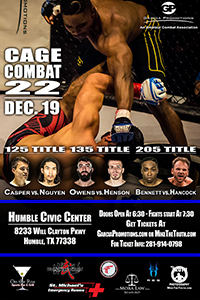 Garcia Promotions looks to close out 2015 with an action filled card. Returning to the Humble Civic Center, there is a plethora of fights scheduled. There can be no more than 15 fights on a card, so look to see the majority of the fights fall off. The card is scheduled to have two title fights, […] 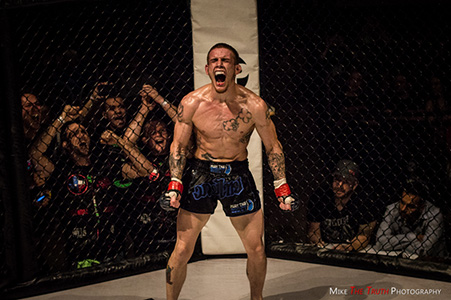 Humble Civic Center hosted Garcia Promotions: Cage Combat 20 this past Friday. It was an amazing 15-fight card, full of wild back and forth amateur fights, with plenty of finishes. The first three fights ended in a stoppage. To set the tone of the night, Alex Macedo put Jarik Yarbrough to sleep with a guillotine choke in […] 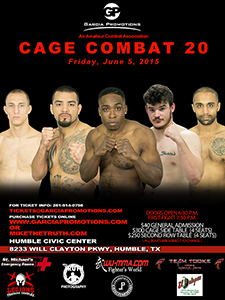 Garcia Promotions returns with their second show of the year with Cage Combat 20. The event takes place June 5th at the Humble Civic Center. Headlining the card, a welterweight scrap between Ryan Connelly and Morgan Oriahi. Other notable names on the card Gustavo Gomez, Craig Grove, and Danny Bennett. Like all amateur cards, they start off large, […]