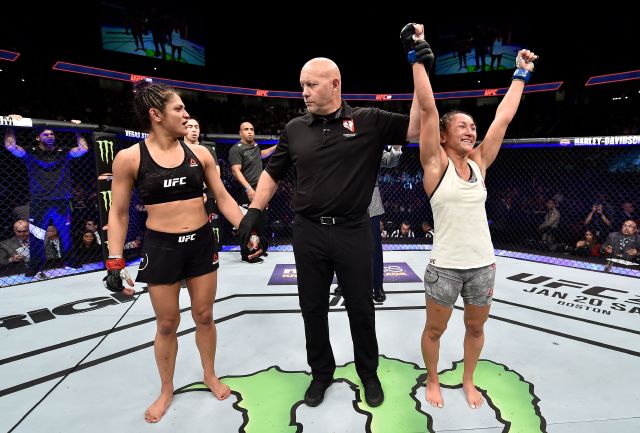 For Cynthia Calvillo, when it rains, it pours. The UFC has released a statement in regards to Calvillo failing an in-competition drug test following her fight against Carla Esparza at UFC 219. The UFC organization was notified today that the U.S. Anti-Doping Agency (USADA) informed Cynthia Calvillo of a potential Anti-Doping Policy violation involving Carboxy-Tetrahydrocannabinol […]

Undefeated strawweight and Legacy Fighting Alliance veteran, Cynthia Calvillo, announced on her Instagram that she has signed with the UFC. While only making her MMA debut 6 months ago, Calvillo has racked up 3 wins, including 2 finishes. Her most recent win came against Montana Stewart at the inaugural Legacy Fighting Alliance show last month. […]