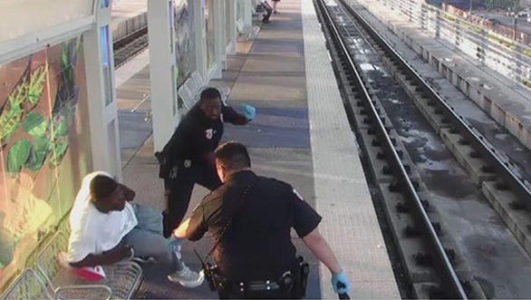 Now, former Houston Metro Police Officer Jairus Warren has resigned from his job after surveillance video was released of him beating a homeless man with a baton during an arrest. Warren and his partner, Daniel Reynoso, approached Darrell Giles while he was resting on a bench at a train stop around 7:30am on Sept. 14. Warren […]