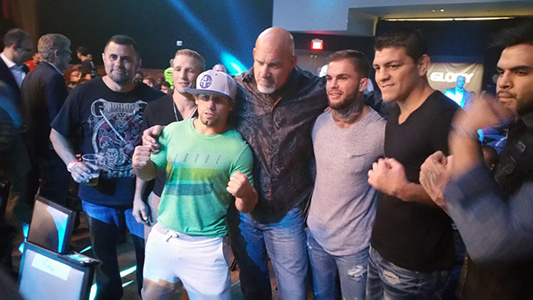 You never know where a Diaz brother will show up. Last week, Nick and Nate Diaz showed up to WSOF 22 and brawled with UFC lightweight, Khabib Nurmagomedov. Tonight, it looks as if Nick left little brother Nate at home for Glory 23. Also in attendance, UFC bantamweight champ, TJ Dillashaw, and Alpha Male teammate, […]