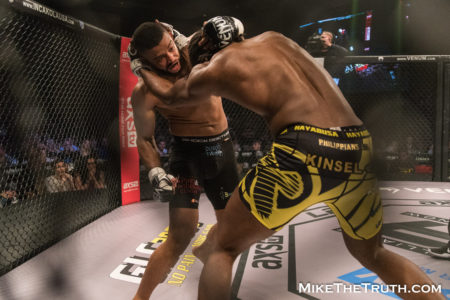 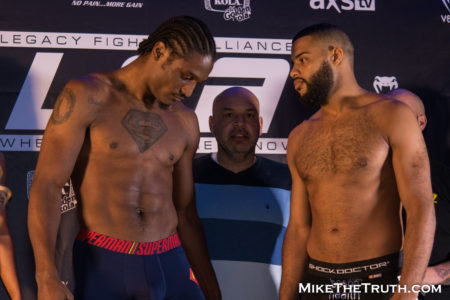 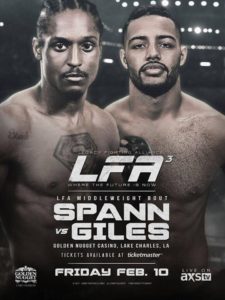 Legacy Fighting Alliance is set to make its first stop in Louisiana on February 10 for LFA 3. The event will take place at the Golden Nugget Casino, and will be headlined by a middleweight fight between Ryan Spann and Trevin Giles. Texas MMA veteran Jon Kirk will co-headline the card against Louisiana’s Brendan Allen. Also on […] 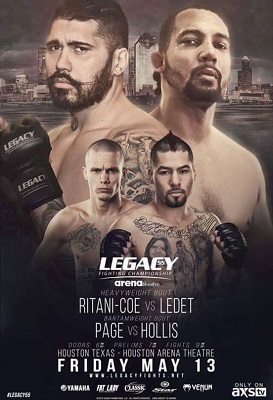 Legacy Fighting Championship is back in Houston for Legacy FC 55, which will take place on May 13, 2016, at Arena Theater. The headliner features a heavyweight bout between Houston native and Legacy newcomer, Justin Ledet (6-0) and Syndicate fighter, Brice Ritani-Coe (4-3). The co-main event features current Legacy flyweight champion, Damacio Page (19-10), in […] 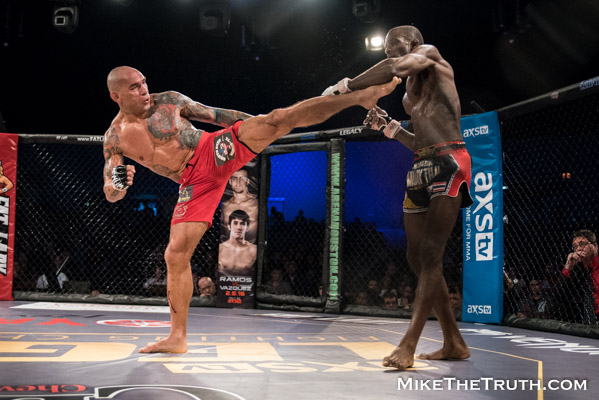 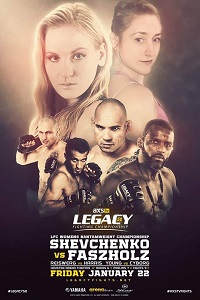 Legacy Fighting Championship kicks off 2016 at home in Houston, Tx. The card will be headlined by Kelly Faszholz (3-0) and Valentina Shevchenko (9-1), for the vacant Legacy Women’s Bantamweight title. The title was vacated by the current UFC Bantamweight champion Holly Holm, when she signed with the UFC. Valentina last hasn’t competed in MMA […]