Diego Brandao seems like the type of person to pistol whip someone. UFC featherweight and Jackson-Winkeljohn fighter, Diego Brandao, was arrested Friday after allegedly hitting a Downtown strip club employee in the face with a gun the day before, police said. Brandao is charged with aggravated battery and three counts of aggravated assault, according to a […] 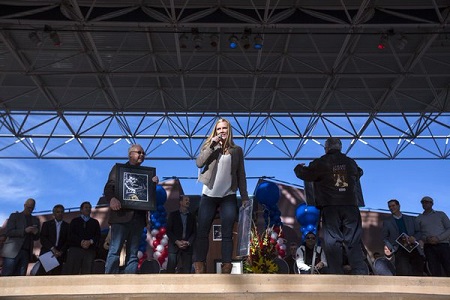 Albuquerque, NM doesn’t have a lot going on for them, but one thing they do have, the new UFC Women’s Bantamweight champion, Holly Holm. Holm defeated now former champion, Ronda Rousey, at UFC 193. Holm was already a treasure for the city, but with her knockout victory, she is arguably the biggest name in New Mexico right […]

Photo Courtesy of TheMMACorner and Sherdog Legacy Fighting Championship made its way to Albuquerque, NM for Legacy FC 30. The event was co-promoted with Fresquez Productions, Inc., and took place at the Route 66 Casino Hotel. The main event saw Holly Holm and Juliana Werner face off for the inaugural women’s bantamweight title.

Legacy Fighting Championship continues its outward expansion from Texas. In April, Legacy makes its promotional debut in Albuquerque, NM. The venue that will hold Legacy 30 will be the Route 66 Casino Hotel, and the event will be co-promoted with Fresquez Productions, Inc. and Wink Tactical Striking The card will feature fighters from New Mexico, Florida, California, Brazil, […]